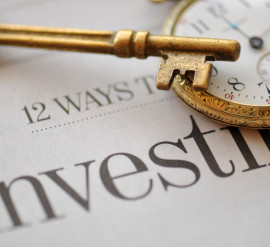 Be Aware of Index Investing

As part of our mutual fund educational series, I thought it would be timely to discuss why it’s both hard yet easy to outperform the S&P 500. As an index, the S&P is made up of the 500 largest companies in the United States. Due to their name recognition, the average investor tends to favor the familiarity. Growing up, my Aunt Tippy Toe (that was her nick-name) told me to buy stocks   in Exxon, Coca-Cola, Proctor & Gamble, etc. She never told me to buy John B Sanfilippo & Son Inc. (a small cap stock). While snacking from her Fischer Peanuts bag, she would explain: “Those large, well established firms sell products that everyone knows and uses so, if you are going to use them, why not own the stock? You can see there is always going to be a demand for those stocks, which helps push the S&P higher.” Ironically, John B Sanfilippo & Son Inc. owns Fisher Nuts and has produced a 79% annualized return, for the last 3 years, vs. 20% for the S&P (!). Similar to my Aunt’s beliefs, in the early 1980’s Vanguard Mutual funds thought it would be a great idea for investors to have access to all of these wonderful large stocks in one location. They created the S&P 500 Index fund. Retirement planning firms agreed with the concept and began to offer them within their 401K plan offerings. The concept goes as follows:  An employee invests a portion, usually a large one, of his/her retirement savings in the index– why because the employee is familiar with all those securities, no major issues if there is a problem with Exxon or Coke.- and the firms charges a small fee for the service. This began the index investing movement. Here is a good story to really drive the point home – many years ago, I was talking to a portfolio manager of a large money management firm in Europe about stocks that he liked, he told me Johnson & Johnson was his top pick. My next question was why, was it undervalued or was there new blockbuster drug in the pipe line that would boost profits? His response (with a surprised look on his face) “Mark, it’s J&J”. I asked him again why he bought the stock, and he said “you don’t understand – its Johnson & Johnson”. A few years after that meeting, I came across an old Wall Street quote: “you will never lose a client if you lose their money in IBM”. Long story short, I now understand why he bought J&J and I know why many advisors advise clients to buy the S&P 500 index or index funds in general. It is a good risk management for them but not for the client, sad but it is the truth! It is interesting to note,  when all these index funds were created for investors in the 1980’s, it just happened to correspond with the same moment that baby boomers entered the beginning of their peak savings and investment years. So, you had very large part of the population with a lot of excess money being funneled into the S&P though 401K plans. Those were pay check contributions being directed into index funds, on a weekly basis. We are talking about billions of invested dollars that helped to support those stocks. Here is the scary thought for us today:  If the largest bull market in history was fueled by the 401K deposits from working baby boomers, what happens when those now retirees, start pulling money out? We’ll talk more about that in the near future.

The function of the S&P 500 Index is very simple: In a nut shell, it buys the 500 stocks of the largest US companies. The S&P 500 does not look at valuations, revenues, profits, etc; it only buys a list of 500 companies regardless of the performance, yes that’s right. In other words, the index does NOT make a difference between a good profitable firm or a company that is struggling and is showing some signs of weakness (yes even the largest firms go through slowing period and difficult times). That is not very attractive, when put in those stark terms. Unfortunately, it is true. Let’s remember that the S&P is market cap weighted. The more a stock goes up (or becomes overvalued), the higher the weighting it has in the S&P index. Therefore, the more a stock becomes undervalued (sharp declines in price), the less weighting it gets. In simple terms, when you buy the index you buy more of the top performing and overvalued companies and you buy less of the underperforming, undervalued firms. Is that the investment philosophy and style that you want for your investments? Isn’t the key in investment to buy low and sell high? Case in point, back in 1999 the S&P 500 had a 37% weighting in technology and telecommunications stocks. Those stocks had PE multiples in the 300s and a lot of them had no profits. They ran up with no fundamentals, took a bigger weighting in the index because of rising prices and eventually caused the 2000-2002 tech bubble to burst and bear market. In 2002, the S&P only had an 18.5% weighting in those same sectors, which is almost a 50% decline in the weighting of the index (!) because these stocks took a beating. Another example, in 2006, the financial stocks of the S&P 500 index made up 22.3% of the weighting of the index at the highest point; few years later and after the debacle of 2008, those same stocks dropped down to a 8.9% weighting at its lowest point in march 2009. That is over a 50% decline in the S&P 500 index (!). And guess what it is today? This weighting in the S&P 500 is back to a 17.7% because it has had almost a 100% ran up. Therefore, here is our question as a money management firm: when do you want to “get in” and buy those stocks? Or at least at what period of the cycle should investors get interested in buying these stocks? The investment management answer is when stocks become attractive, in other words, when the valuation looks good based on several factors. But wait!… isn’t the S&P 500 index doing the exact opposite when buying in larger portion of the more overvalued companies while allocating a lesser portion of your investment into undervalued and more attractive firms? This concept we just described about index investing is the exact same for every single index funds (large cap, mid, small cal, bonds, etc). However, at Vere Global we do use index investing but we tend to use “smart beta” index ETFs. These ETFs invest in the same stocks as the indexes, but they weight the holdings based on values not just market cap. So in essence you get the same index holdings, but with a complete different and more attractive weighting. Believe it or not, many of these smart beta ETFs actually outperform their market cap weighted brethren. So, why is it difficult for managers to outperform the S&P in the short-term (12 to 24 months)? It comes down to management style. A top money manager becomes great because of the way they manage risk, not return. This is the reason why Vere Global refuses to accept the risks of an index and focus on active management through the best of the best managers. Our example of this process is Donald Yacktman. He is the portfolio manager, owner of the Yacktman Funds which used to be one of Vere Global’s top equity managers for our strategies before he closed his funds and you are about to understand why… In the late 1990s, during the dot.com bubble, the board of directors at Yacktman Funds tried to fire Don, the owner of the firm! Why? He was underperforming the S&P 500. As a business owner, Don knew the risk of owning overvalued dot.com stocks and hence managed the risk to completely avoid those stocks. When the dot.com bubble popped and the S&P had 3 consecutive down years, old Don had 3 positive years, yes POSITIVE. During the next market collapse of 2008, Don’s funds were ranked in the top 2% of mutual funds. For 2009, the great job he did avoiding the blow up earned him a top 1% as the recovery began. The point I am trying to make is that good managers look out for your best interests and manage risks. Sometimes, that means moving to cash and prevent a loss that is almost impossible to recover from. Warren Buffet, Peter Lynch, John Neff, etc… All have amazing 20-year records that most would envy. The media never lets it be known, that each one of them had periods where they underperformed, having investors fire them because the S&P 500 did better. Today as you read this, we are sitting on record low interest rates, second highest valuations in stock market history, Europe falling into a deflationary depression, global wars, China’s slowdown, US debt above $18 Trillion and the list goes on. We are faced with some very unusual times. As such, do you want to have a manager that is aware of valuations and is taking steps to avoid a huge loss or an index fund that buys predetermined issues and will take the full brunt of a bear market?  It is true, index funds have done well in the last few years thanks to the Feds ultra-low interest rates, QE Programs, and huge amounts of government  spending  but,  that was yesterday. Now it is time to look at risk management and have a proper allocation through top active managers because “the future isn’t what it used to be”.  Source: Mark Collinsworth, CIO. December 8, 2014.   Happy  Holidays Season!!!