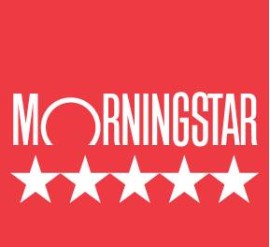 Download the Vere Global 2014 Morningstar Managers of the Year pdf

CHICAGO, Jan. 21, 2015 /PRNewswire/ — Morningstar, Inc. (NASDAQ: MORN), a leading provider of independent investment research, today announced its 2014 U.S. Fund Manager of the Year award winners. The winners will be featured in live segments on CNBC this afternoon. The awards acknowledge managers who not only delivered impressive performance in 2014, but who have also shown excellent long-term risk-adjusted returns and have been good stewards of fund shareholders’ capital. This is the 28th year Morningstar has presented Fund Manager of the Year awards. To recognize outstanding fund managers each year, Morningstar selects leaders in five categories: domestic stock, international stock, fixed income, alternatives, and allocation. The 2014 Fund Manager of the Year award winners in the United States are:

Domestic-Stock Fund Manager of the Year

The PRIMECAP team runs six funds, three PRIMECAP funds and three sub advised Vanguard funds. All six funds have a Morningstar Analyst Rating™ of Gold, the company’s highest Medalist rating, with Positive scores for all five pillars—Process, Performance, People, Parent, and Price. In 2014, all of the funds generated returns greater than 13.5 percent, ranking in the 11th percentile or better in their categories; four of the six finished in the top 1 percent of their categories. Three of the managers have more than $1 million invested in each of the six funds, and two managers have between $100,000 and $500,000 invested in each. The PRIMECAP team previously won Morningstar’s Domestic-Stock Fund Manager of the Year award in 2003 for Vanguard PRIMECAP and Vanguard Capital Opportunity. “The long-term record of these winning PRIMECAP funds is outstanding. The team has made a lot of money for many people at a low cost. All six funds place in the top 5 percent of their categories over the trailing 10-year period, and Vanguard PRIMECAP and Vanguard Capital Opportunity have 15-year records that respectively rank in the top 2 percent and top 1 percent of the large-growth category,” Jon Hale, Morningstar’s director of manager research, North America, said. “The PRIMECAP team’s patient strategy paid off in a big way in 2014 with their large holdings in pharmaceutical and biotechnology stocks like Biogen Idec, Amgen, and Eli Lilly, which gained more than 20 percent each last year. Their airline holdings were also successful, as top holding Southwest Airlines more than doubled and United Continental Holdings, Delta, and American Airlines each gained more than 60 percent.”

International-Stock Fund Manager of the Year:

The nine-person Dodge & Cox International Stock Policy Committee runs this fund, and each of the members has been with Dodge & Cox for more than a decade. The managers follow a patient value strategy with low turnover, as demonstrated by a few of their previously unpopular holdings. The team bolstered its position in ICICI Bank in 2013 when the price was tumbling, and the stock soared in 2014. Hewlett-Packard stock, which the managers stuck with during the years when most investors shunned it, also rose significantly. The fund also saw double-digit gains from long-time pharmaceutical holdings Novartis and Roche. Dodge & Cox International Stock has a Gold Analyst Rating from Morningstar with Positive ratings for all five pillars and lands in the top decile of the foreign large-blend category for the three- and five-year periods as well as for 2014. The team also won this award in 2004. “It was a challenge for international-stock funds to achieve gains in 2014, as many economies were sluggish, foreign currencies stumbled, and unrest in Ukraine and Russia negatively affected European companies. Dodge & Cox International Stock managed to end the year in the black with a 0.1 percent return versus the 3.9 percent loss of the MSCI ACWI ex-US Index and the category’s 5.0 percent decline,” Hale said. “Over the long term, the fund has posted strong returns and continues to land in the top quartile of its category, even though it is now the fourth-largest international-stock fund in the United States. In a move to protect current fund shareholders, the fund closed to new investors earlier this month.”