“Ignorance may be bliss but, it's also very dangerous”

As President of Financial Planning and Insurance , Andrew brings over 20 years of investment advisory experience to Vere Global Private Asset Management. Upon graduation from Southwest Texas University in 1994, he began his career as a traditional Stockbroker. Specializing in Wealth Management at Morgan Stanley, he leveraged his trading experience to broaden the scope of his practice, which led him to the banking side of the industry, in 2000. Tasked with building multiple territories in new advisor development and revenue, he excelled by taking stagnated branches within the credit union and banking channels and growing them to the top percentages. Working with a diverse clientele from retirees to young business owners, Andrew elevated his practice to include full scope financial and estate planning. In 2003, he entered New York Life and began to incorporate his history of successful wealth management with holistic financial planning. As a consistent Executive Council award winner, he was promoted to Partner at New York Life in 2007. Now responsible for building a team of advisors, he recruited two of the top performing new agents for 2007 and 2008. When the economy collapsed in 2008, he leveraged his management and advisory experience to guide his team and clientele through the chaos, just as he did during the tech bust in the early 2000’s.

Seeking to create his own business model, Andrew made the decision to leave the large institutional firms in 2010. He tailored his practice to reflect his core focus: clients in the “sandwich” generation. As a husband and father of two young boys, he strives to help others who like him, are in the stage of life where the responsibility of looking out for their children, themselves and their own parents can be daunting. Priding himself on helping Generation X, Andrew takes a very novel approach to financial planning for this generation. He believes strongly that their situation warrants a different approach from what a traditional “planner” tends to give. Therefore, his methodology is unique and tailored very specifically to those in their 40’s.

Andrew’s personal time is spent with his wife and two sons. From weekend car shows to family movie nights at home, there is always some kind of activity taking place. Road trip vacations are the current favorite and one place where he is not in charge of the planning. 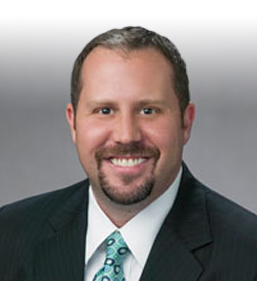